Autism: Under Every Diagnosis, There Is A Person 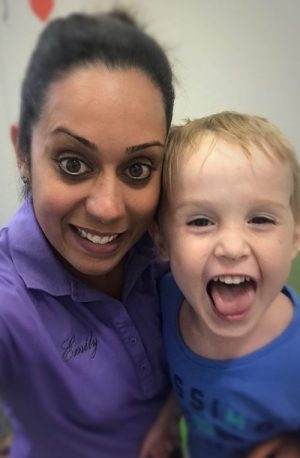 If you follow our page on Facebook, then I’m sure that you would be aware that April is Autism Awareness Month. There is a high probability these days, that most people can relate to Autism personally or know about the condition. The amount of people being diagnosed with Autism is on the rise. It is estimated that 1 out of every 100 people has Autism; so about 230,000 Australians. Autism affects almost 4X as many BOYS than girls. These days most people are diagnosed during the early years of childhood. There are many mixed theories and opinions as too why the number of people with Autism is increasing, however there is still no known cause. A good thing that is happening is- as the numbers increase; so does Autism Awareness. For a person to be diagnosed with Autism, they must have difficulties in both areas listed below and their symptoms must be present from early childhood, even if picked up later in life. They must have difficulties in: As a speech therapist, I have helped many children with Autism. Their challenges can change as they grow and progress. However, the main thing at the front of my mind when seeing children with this diagnosis is- that they are still a child and person. They may need extra assistance and help, but they also have strengths and a personality. Just because they don’t fit into a mould, does not mean that they cannot thrive, learn and achieve. As Autism Awareness increases, I believe it is equally, if not MORE important to remember that under every diagnosis there is a person and that person has value and worth.